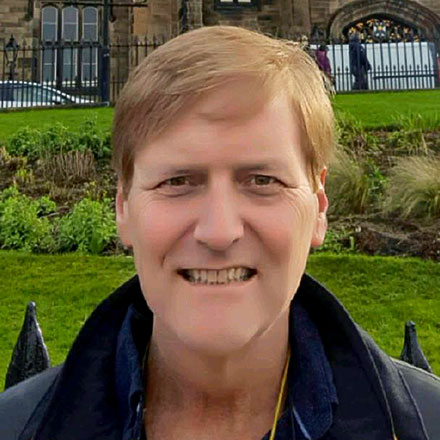 Neil H. Buchanan, an economist and legal scholar, holds the James J. Freeland Eminent Scholar Chair in Taxation at the University of Florida's Levin College of Law. His research addresses economic and philosophical aspects of justice between generations, and he is particularly interested in policies that affect budget deficits, the national debt, health care costs, and Social Security.

Justia columnist, George Washington law professor, and economist Neil Buchanan continues his commentary on the debt-limit crisis and its resolution. Buchanan contends that there is little to applaud in the resolution of the crisis—for, he says, we have now embarked on a path that will only make a sick economy much sicker, and could even push the country back into recession. In light of these realities, he argues, we need to ask how we got here: How did we reach the point where both parties became committed to an economic strategy that is so detached from reality? Buchanan stresses, especially, that America should have focused on unemployment, not spending reductions.

Justia columnist, George Washington law professor, and economist Neil Buchanan responds to a recent New York Times editorial by Laurence Tribe regarding the constitutionality of the federal government's debt ceiling. Tribe contended that the limit is constitutional; Buchanan contends that it is not. In his column, Buchanan summarizes and responds to Tribe's arguments regarding the key constitutional provision at issue, the Public Debt Clause.

Justia columnist, George Washington University law professor, and economist Neil H. Buchanan comments on the current situation regarding the federal debt limit, considers how it could be resolved, and notes that President Obama could take a constitutional stand in order to resolve the impasse. Buchanan begins by explaining for readers what the debt limit is and why it is important now; explains why the debt-limit law that set the ceiling was never necessary in the first place; describes the potentially very grave consequences of passing the debt-limit ceiling with that law in place, as it is now; and contends that our current game of political “chicken” regarding the debt limit is dangerous indeed. He then describes a possible constitutional solution that President Obama could opt for, based on arguments that the debt limit is illegitimate and void as a matter of constitutional law. Finally, Buchanan explains why, even if the debt limit were to be removed from the picture, an underlying, related problem with the political process would still remain.

The Debt Ceiling Disasters: How the Republicans Created an Unnecessary Constitutional Crisis and How the Democrats Can Fight Back