Economic Theory Shows that People Will Make Choices that Worsen the Pandemic
By Neil H. Buchanan

Religious Entities Flex Their Muscles Through the Roberts Court, Playing Both Sides of the Discrimination Coin
By Marci A. Hamilton 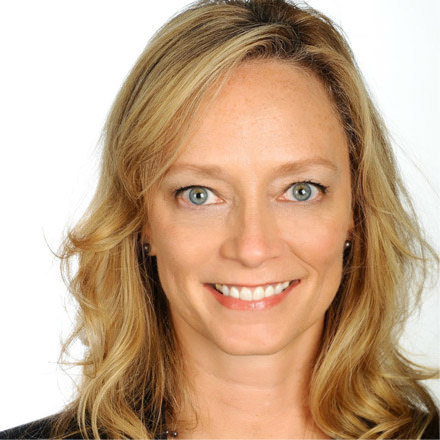 Paula Mitchell is a career federal judicial law clerk for Senior Circuit Judge Arthur L. Alarcón on the Ninth Circuit Court of Appeals. She has participated in the appellate review of matters pending before the Third, Fourth, Sixth, Ninth, Tenth and Eleventh Circuits. Paula is also an adjunct law professor at Loyola Law School in Los Angeles where she teaches a seminar on Habeas Corpus. She has written and lectured extensively on the subject of the death penalty in California. Paula recently co-authored with Judge Alarcón Costs of Capital Punishment in California: Will Voters Choose Reform this November?, 46 Loy. L.A. L. Rev. S1 (2012) and Executing the Will of the Voters?: A Roadmap to Mend or End the California Legislature’s Multi-Billion Dollar Death Penalty Debacle, 44 Loy. L.A. L. Rev. S41 (2011).
These law review articles were relied on by the proponents of the SAFE California Act, known as Prop 34, a measure to eliminate the death penalty in California and replace it with life without the possibility of parole as the state’s most severe punishment, a ballot measure that was narrowly defeated in the November 2012 election.

Paula was also instrumental in compiling and analyzing data which provided the foundation for Remedies for California’s Death Row Deadlock, 80 U.S.C. L. Rev. 697 (2007), and A Prescription for California’s Ailing Inmate Treatment System: An Independent Corrections Ombudsman, 58 Hastings L.J. 591 (2007), other articles authored by Judge Alarcón.
Prior to working with the federal courts, Paula practiced in major law firms in New York and Los Angeles focusing on high-stakes litigation and appeals, in both federal and state courts. She is admitted to practice in New York, California, and the District of Columbia. Paula is admitted to the Fourth Circuit, Sixth Circuit, Ninth Circuit, Tenth Circuit, Eleventh Circuit, and the U.S. Supreme Court.

Justia guest columnist and Loyola Law School professor Paula Mitchell continues her series of columns on the death penalty, describing the developments in California in the past year and predicting what lies ahead.

Justia guest columnist and Loyola Law School professor Paula Mitchell continues her series of columns on the death penalty, describing the punishment’s effect on jurors, justices, governors, and executioners. She presents testimonies from various people involved in different parts of the process of capital sentencing and execution. She concludes that the public should consider the impact capital punishment has on those individuals who have to make the decisions of life and death.

Justia guest columnist and Loyola Law School professor Paula Mitchell continues her series of columns on the death penalty in California. She describes the methods trial courts must use in deciding whether to exclude prospective jurors in death penalty cases. She then examines several cases suggesting that trial court judges do not necessarily act even-handedly when excusing jurors based on their views on the death penalty.

In this second of a series of columns on the death penalty in California, Justia guest columnist and Loyola Law School professor Paula Mitchell describes a procedural dilemma facing federal courts in states with the death penalty. Mitchell explains that under a Supreme Court case decided earlier this year, federal courts are not required to stay habeas corpus proceedings for death row inmates who are mentally incompetent. She describes the absurd result this holding creates and calls on death penalty states to implement alternative dispute resolution programs in order to reduce miscarriages of justice and end “taxpayer expenditures on pointless litigation.”

Justia guest columnist and Loyola Law School professor Paula Mitchell describes California voters' changing views on the death penalty. She provides several possible explanations for the death penalty's decreasing support, including the presence of high-profile cases where an innocent person was sentenced to death, lower concerns about crime rates, and the high economic costs of maintaining capital punishment in the state. This is the first of a series of columns by Mitchell discussing the death penalty in California.

Justia guest columnist and Loyola Law School professor Paula Mitchell discusses the high costs of the death penalty in California and suggests that life in prison without the possibility of parole is a more expeditious alternative. Mitchell describes the different components contributing to the expense of having the death penalty, including direct appeals and habeas corpus petitions, finding that the total costs far exceed a system where life without the possibility of parole is the maximum sentence. Mitchell then explains the initiative that will appear on the ballot in California in November 2012—Proposition 34—which will give California voters an opportunity to reform the state’s penal system by replacing the costly death penalty with life in prison without the possibility of parole.