It Is Possible and Necessary to Nullify Trump’s Corrupt Pardons (Including Secret Ones)
By Neil H. Buchanan

What Accounts for the Increase in Law School Applications This Year?
By Vikram David Amar 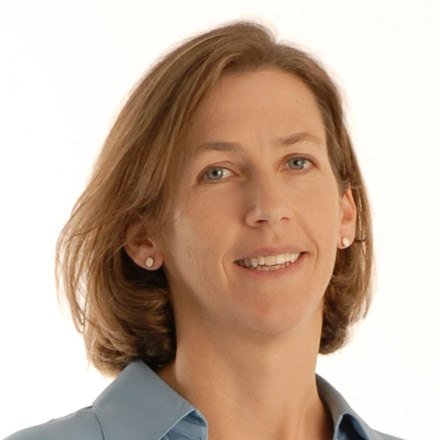 Joanna L. Grossman is the Ellen K. Solender Endowed Chair in Women and Law at SMU Dedman School of Law.  She is an expert in sex discrimination law. Her most recent book, Nine to Five: How Gender, Sex, and Sexuality Continue to Define the American Workplace (Cambridge University Press 2016), is a lively and accessible introduction to the laws, policies, and practices that shape women’s lives at work. She also writes extensively on family law, especially on state regulation of marriage and parentage. She chronicles contemporary developments in parentage law in her blog, Are You My Mother?. She is also an author of Inside the Castle: Law and the Family in 20th Century America (Princeton University Press 2011), a comprehensive social history of family law. She is the co-author of Gender & Law: Theory Doctrine & Commentary (6th ed. 2013); the co-editor of Gender Equality: Dimensions of Women’s Equal Citizenship (Cambridge University Press 2009); and the co-editor of Family Law in New York (Carolina Academic Press 2015).

Justia columnist and Hofstra law professor Joanna L. Grossman, and Justia guest columnist and Stanford law professor Lawrence M. Friedman comment on American law regarding public nudity, in the wake of a new proposed ordinance on this topic. The ordinance—put forward by Scott Wiener, the new city supervisor for San Francisco’s Castro District—would forbid naked people from entering restaurants. It would also require naked people to put down a towel or other barrier before sitting down in public—for example, while riding a city bus. In addition to discussing the proposed San Francisco ordinance, Grossman and Friedman discuss current California state law on nudity, which covers indecent exposure only if it is lewd (with additional rules applying to restaurants and “adult” establishments). They also cover the Berkeley, California, regulation on nudity that was prompted by the repeated nudity of a man nicknamed “The Naked Guy,” and consider nudism in history.

In this column, Justia columnist and Hofstra law professor Joanna Grossman winds up her two-part series on the rights of posthumously conceived children. (Such children are born after their father has passed away, and their mother has used his previously preserved sperm to become pregnant.) With both inheritances and Social Security benefits at issue, there are potentially high stakes in this area of law. In this column, Grossman covers the different answers that various state and federal courts have given to the question whether posthumously conceived children have the same rights to inherit from their fathers, and to receive Social Security “surviving child” benefits as a result of their fathers’ deaths, that other children have. Grossman also notes that not just a number of courts, but also twelve state legislatures, have addressed this issue, and explains the conclusions they have reached.

Justia columnist and Hofstra law professor Joanna Grossman discusses a decision from the U.S. Court of Appeals for the Eighth Circuit, which raises a fascinating question stemming from modern reproductive technology: Is a child deemed to be legally related to her biological father if she was conceived after he died? The question proves to be crucial when it comes to Social Security and inheritance benefits. Grossman sets forth the facts of the Eighth Circuit case, which involved Social Security benefits; covers some new complications in the law of parentage; and explains why the Eighth Circuit, in the case before it, ultimately ruled against the child and her mother.

Justia columnist and Hofstra law professor Joanna Grossman discusses the evolving law on the rights of a lesbian co-parent—that is, a woman who participates in the planned conception, birth, and/or rearing of her same-sex partner’s biological or adopted child. Grossman focuses, in particular, on a recent Ohio Supreme Court case that took a somewhat unusual approach to defining the rights of lesbian co-parents. In addition, she describes other states’ varying approaches to the issue, and raises the question whether—in lieu of the traditional legal dichotomy between parent and non-parent—there may be some middle ground into which the legal status of a lesbian co-parent may fall.

Justia columnist and Hofstra law professor Joanna Grossman continues her two-part series of columns critiquing the Defense of Marriage Act (DOMA)—which was recently the subject of Senate Judiciary Committee hearings. As Grossman notes, a bill is now pending that would reverse DOMA to the extent that DOMA defines marriage, for federal law purposes, as a union between one man and one woman. She describes the varied, pending litigation related to DOMA, and considers some of the reasons DOMA has garnered complaint and opposition: Critics say it imposes unfair disadvantages on married gay couples, and many have observed that DOMA has spawned a bureaucratic nightmare.

In the first in a two-part series of columns about the Defense of Marriage Act (“DOMA”), Justia columnist and Hofstra law professor Joanna Grossman comments on the origins of DOMA; the reason DOMA did not have any practical implications until 2004; and why, even now, Section Two of DOMA has had no real effect. In Part Two of the series, Grossman will go on to consider Section Three of DOMA, which has had serious real-life implications, for it says that same-sex marriages cannot be recognized for any federal purpose.

Justia columnist and Hofstra law professor Joanna Grossman covers the bigamy case that may soon arise from the reality TV show Sister Wives. As Grossman explains, the family at issue consists of a man, his four wives (one via legal marriage, and three via “spiritual marriage”) and his sixteen children and stepchildren. The family fled from Utah to Nevada to evade possible bigamy charges from Utah authorities. Grossman contrasts the bigamy laws of the two states, and considers whether the Supreme Court precedent of Lawrence v. Texas—the 2003 case where the Supreme Court held that the constitutional right of privacy includes a right of adults to enter into consensual, intimate relationships without interference from the state—protects bigamists.

Justia columnist and Hofstra law professor Joanna Grossman comments on the culmination of the lengthy fight over the estate of Anna Nicole Smith’s late husband, J. Howard Marshall II, a billionaire Texas oil tycoon. J. Howard’s son Pierce was the other party asserting a claim to the estate. After Anna Nicole and Pierce both passed away, the litigation still continued, pursued by their own estates. Grossman chronicles how this clash made it all the way to the Supreme Court twice; explains why the dispute had spawned litigation in both Texas and California; and describes the reasons that led the High Court to ultimately rule against Anna Nicole—and why it inspired Chief Justice Roberts to quote from the Dickens novel “Bleak House.”

Justia columnist and Hofstra law professor Joanna Grossman comments on the New York same-sex marriage law that was passed last Friday, June 24. She explains the details of the statute, and explains the legal context for, and ramifications of, this development -- both in New York State and nationally. Grossman also analyzes the exemptions that the law grants to religious institutions with respect to same-sex marriage, and notes that the provision of the new law that states that if part of the law is invalidated, the whole law is invalidated, makes challenges to the law especially perilous.

Inside the Castle: Law and the Family in 20th Century America

Nine to Five: How Gender, Sex, and Sexuality Continue to Define the American Workplace