Investing in Our Future: Labels vs. Substance in the Infrastructure Debate
By Neil H. Buchanan

Could Clarence Thomas Be Right About Twitter?
By Michael C. Dorf 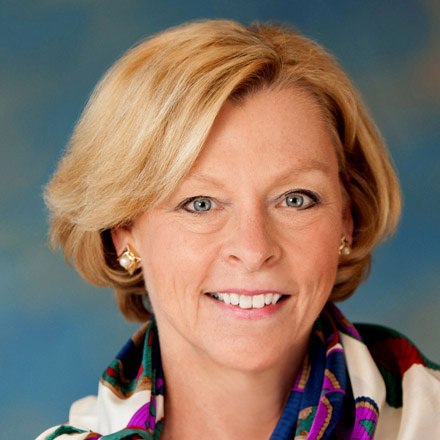 Hamilton is the leading expert on child sex abuse statutes of limitations and has submitted testimony and advised legislators in every state where significant reform has occurred. She is the author of Justice Denied: What America Must Do to Protect Its Children (Cambridge University Press), which advocates for the elimination of child sex abuse statutes of limitations. She has filed countless pro bono amicus briefs for the protection of children at the United States Supreme Court and the state supreme courts. Her textbook, Children and the Law, co-authored with Martin Gardner, will be published Fall 2017 by Carolina Academic Press, formerly Lexis/Nexis.

Hamilton has been a vocal and influential critic of extreme religious liberty, advocating for the vulnerable about overreaching. Hamilton successfully challenged the constitutionality of the Religious Freedom Restoration Act (“RFRA”) at the Supreme Court in Boerne v. Flores (1997), and defeated the RFRA claim brought by the Archdiocese of Milwaukee against hundreds of child sex abuse survivors in Committee of Unsecured Creditors v. Listecki (7th Cir. 2015). She has represented numerous cities dealing with church-state issues as well as claims brought under the Religious Land Use and Institutionalized Persons Act (“RLUIPA). The author of God vs. the Gavel: The Perils of Extreme Religious Liberty (Cambridge University Press), which was nominated for a Pulitzer Prize, she is also a columnist for Verdict on Justia.com.

Justia columnist and Cardozo law professor Marci Hamilton comments on a presentation given last week to a Subcommittee on the Constitution of the Judiciary Committee of the United States House of Representatives, by the Rev. William C. Lori, the Catholic Bishop of Bridgeport, CT, and the Chair of the United States Conference of Catholic Bishops’ newly-instituted “Ad Hoc Committee on Religious Liberty.” Hamilton argues that Lori’s remarks displayed insufficient respect for the Constitution’s separation of church and state. In particular, Hamilton discusses Lori’s remarks and the role of church/state separation as it relates to the availability of contraception and sterilization, and particularly the requirement that they be covered by private health insurance companies except insofar as certain employers’ religion forbids it. In addition, she discusses Lori’s position on government services relating to human-trafficking victims, which holds that religious service providers would not have to offer contraception and abortion—even to a trafficking victim who suffered a rape. In addition, Hamilton takes strong issue with Lori’s opposition to the federal government's decision to require that AIDS programs offer contraception (both condoms and other birth control) due to their proven efficacy in stopping the spread of disease. Hamilton acknowledges that, of course, religious institutions and institutions may act in these areas, but emphasizes that if they receive government funds, they must also follow government policy. Overall, Hamilton argues, the Church should focus on genuine religious liberty violations, and not issues like these.

Justia columnist and Cardozo law professor Marci Hamilton continues her series on religion and the likely 2012 presidential candidates. This week, Hamilton considers Mitt Romney. To begin, Hamilton comments on Romney’s seeming unease about the history of polygamy of the Church of Jesus Christ of Latter-Day Saints (also known as the LDS Church), in which he has been a religious leader. Hamilton also compares Romney’s speech on how his religion would, and would not, affect his possible future presidency with the similar speech given by JFK regarding his Catholicism and his own possible future presidency—noting interesting differences in the stances taken by JFK and Romney, respectively. Hamilton also considers other aspects of Romney’s record—such as his questionable civil rights record, and certain instances where, she argues, he welcomed the exercise of federal power, even as he claimed to embrace states’ rights, such as when federal measures regarding same-sex marriage and federal healthcare money were at issue. In addition, she notes that Romney’s record on abortion is cryptic, and features some flip-flopping, leaving his true beliefs essentially unknown.

Justia columnist and Cardozo law professor Marci Hamilton comments on yesterday's Supreme Court oral argument, regarding religious institutions and anti-discrimination law. As Hamilton explains, the case brought the “ministerial exception” doctrine to the Supreme Court, for the first time ever. The doctrine, which stems from the First Amendment's Religion Clauses, holds that religious organizations have the right to determine the criteria for their own clergy (for instance, the Catholic Church need not hire female priests). The question the case raises is how to reconcile the ministerial exception with laws forbidding discriminatory hiring and firing. A related question is whether the teacher whom the Church fired, Cheryl Perich, was actually a minister, or simply a teacher of religion (as well as secular subjects). If she is a minister, the ministerial exception may apply; if not, she enjoys the full protection of the anti-discrimination laws. Finally, Hamilton notes that “sincerity” cases—allowing courts to gauge the sincerity of religious belief—might well have proven relevant here, but were not mentioned at oral argument.

Justia columnist and Cardozo law professor Marci Hamilton continues her ongoing series about the 2012 presidential candidates and their views on religion. In this column, Hamilton considers the views of Congresswoman Michele Bachmann. Hamilton contends that a Bachmann presidency would likely be dominated by evangelical Christianity, and notes that Bachmann sees the separation of church and state as “a myth” and would likely nominate to the federal judiciary only those who share her views. Moreover, Hamilton argues that Bachmann’s religious views would, if she were elected, also influence her foreign policy (which she has suggested would be automatically pro-Israel on religious grounds) and her policies on social issues such as abortion, stem-cell research, the HPV vaccine, and gay rights. Hamilton also notes that although Bachmann claims to support states’ rights, in practice she supports federal action if one of the policies that she herself favors is at issue.

Justia columnist and Cardozo law professor Marci Hamilton looks back to a more innocent time, ten years ago, before the 9/11 attacks shocked and horrified America, and before clergy child-sex-abuse scandals rocked first the Catholic Church and its believers, and then other religious institutions and believers as well. Hamilton contends that the key lessons of these devastating events are that we can never assume that a person’s belief in God, in itself, renders him or her godly; and that faith can too easily provide a pretext for terrible crimes.

Justia columnist and Cardozo law professor Marci Hamilton continues her series of columns on the 2012 presidential candidates’ views on religion, with an analysis of the views of Rick Santorum, a former U.S. Senator from Pennsylvania. Hamilton critiques Santorum for failing to respect the Constitution’s separation of church and state, and for expressing support for states’ rights while also endorsing federal legislation that would displace state power, when it comes to certain policies he favors.

Justia columnist and Cardozo law professor Marci Hamilton begins her series on likely 2012 presidential candidates and their views on religion. Here, Hamilton assesses the views of Texas Governor Rick Perry. She expresses concern, in particular, with Perry’s lack of belief in the separation of church and state, as exemplified by his speeches; finds in Perry’s record a belief that religion should drive politics; and questions Perry’s claimed beliefs in small government and in federalism.

Justia columnist and Cardozo law professor Marci A. Hamilton urges that the Catholic Church urgently needs to take responsibility—and foster an ethic of accountability—regarding clergy child-sex-abuse cases. In describing the path that she argues the Church must take, Hamilton compliments a recent speech by Irish Prime Minister Enda Kenny, and a book by Jason Berry on money and the Church. As she explains, these writings, too, call for responsibility and accountability from the Church, and for the enforcement of civil law by the courts, in clergy child-sex-abuse cases.

Justia columnist and Cardozo law professor Marci Hamilton comments on the reality television show Sister Wives and the litigation that is connected to it. The family depicted on Sister Wives—consisting of one man, four “wives,” and 16 children—fled Utah to avoid potential bigamy charges. (Nevada’s bigamy law defines the offense in a less restrictive way than Utah’s does.) Now, the family’s lawyer, Jonathan Turley, is challenging Utah’s law as unconstitutional. Hamilton contends, to the contrary, that the law is perfectly constitutional, and explains the history of the law and the related precedent in support of her argument.

Justia columnist and Cardozo law professor Marci Hamilton comments on some of the lessons of the Casey Anthony trial, regarding protecting children. Hamilton begins by agreeing with calls for a law imposing strict punishment upon parents whose children go missing, but who never, or belatedly, tell the authorities their children are gone. She then goes on to suggest other reforms: a RICO amendment to sweep in child sex abuse, the institution of mandatory sex-abuse education within the sex education curriculum in schools, and the abolition of statutes of limitations for child sex abuse.

Justia columnist and Cardozo law professor Marci Hamilton comments on the situation unfolding in Hawaii with respect to the state's laws regarding statute of limitations for child sex abuse. As she explains, Hawaii's House and Senate each unanimously passed a bill that would create a two-year-long window of opportunity for child sex-abuse victims to file civil claims against their abusers, and against those who aided the abusers, even if the former statute of limitations had previously expired; and that would eliminate civil statutes of limitations entirely. But Hamilton – who has worked on the legislation with Sen. Maile Shimabukuro, abuse survivors, and others over the past year – notes that Hawaii governor Neil Abercrombie has issued a statement indicating that he will veto the bill. Hamilton takes strong issue with his reasons for doing so, and contends that he should change his mind.

Publications by Marci A. Hamilton

Justice Denied What America Must Do to Protect Its Children

by Marci A. Hamilton

God vs. the Gavel The Perils of Extreme Religious Liberty

by Marci A. Hamilton

Fundamentalism, Politics, and the Law

by Marci A. Hamilton and Mark J. Rozell