Kyle Rittenhouse, SB8 and the Dangerous Legalization of Vigilante Justice
By Austin Sarat 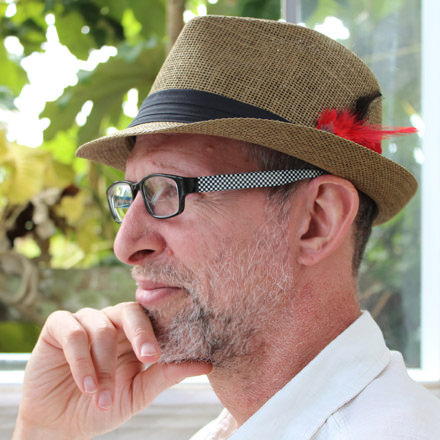 Mr. Margulies is a Professor of Law and Government at Cornell University. He was Counsel of Record in Rasul v. Bush (2004), involving detentions at the Guantánamo Bay Naval Station, and in Geren v. Omar & Munaf v. Geren (2008), involving detentions at Camp Cropper in Iraq. Presently he is counsel for Abu Zubaydah, whose interrogation in 2002 prompted the Bush Administration to draft the “torture memos.” In June 2005, at the invitation of Pennsylvania Senator Arlen Specter, Margulies testified at the first Senate Judiciary Committee hearing on detainee issues.

Margulies writes and lectures widely on civil liberties in the wake of September 11 and his commentaries have appeared in numerous publications, including the Washington Post, the Los Angeles Times, the Chicago Tribune, the National Law Journal, the Miami Herald, the Christian Science Monitor, the Virginia Quarterly Review, and the Legal Times. He is also the author of the widely acclaimed book, Guantánamo and the Abuse of Presidential Power (Simon and Schuster 2006). Among other accolades, Guantánamo was named one of the best books of 2006 by The Economist magazine. It received the prestigious Silver Gavel Award of 2007, given annually by the American Bar Association to the book that best promotes “the American public’s understanding of the law and the legal system.” It also won the Scribes Book Award of 2007, given annually by the American Society of Legal Writers to honor “the best work of legal scholarship published during the previous year.” He is also the author of What Changed When Everything Changed: 9/11 and the Making of National Identity (Yale Univ. Press 2013) and has won numerous awards for his work since 9/11.

Cornell law professor Joseph Margulies reminds us that the rule of law exists in the United States primarily to conceal politics; that is, one cannot rely on having “the law” on one’s side if politics are opposed. Margulies illustrates this point by replacing “the lawyers reviewed the law and decided” with “the high priests studied the entrails and decided”—a substitution that ultimately yields the same results.

Cornell law professor Joseph Margulies discusses the public dimension of forgiveness and explains why politics are inherent in the act of forgiving. Margulies describes numerous examples of people whose arguably comparable transgressions resulted in society’s vastly different degrees of willingness to forgive them.

Cornell law professor Joseph Margulies addresses comments made in an op-ed by Atlanta District Attorney John Melvin that opponents of restrictive abortion laws are similar to Nazis or supporters of Jim Crow laws. Margulies explains why the comparison is not only intellectually and morally bankrupt, but also shameful, deserving of the most direct condemnation.

Cornell law professor Joseph Margulies explains why and how a progressive prosecutor should work to correct injustice throughout the criminal justice system. Margulies argues that a prosecutor must not, for example, turn a blind eye to the prisons in her state or pursue convictions for unjust laws.

Cornell law professor Joseph Margulies describes several refreshing perspectives in the area of criminal justice reform that tackle the crucial and difficult issue of violent crime. By way of background, Margulies explains the simplistic and erroneous idea that drives the enormous (and enormously expensive) carceral state and explains the importance of recognizing humanity in order to begin to dismantle it.

Cornell law professor Joseph Margulies reflects on a class he taught in a prison last Election Day that presents questions of elections and fear in an age of tribalism. Margulies describes the heightened state of fear in the United States, defines tribalism, and explains why true freedom requires an open—rather than closed—mind.

Cornell law professor Joseph Margulies discusses a comment within a speech by Professor Marc Lamont Hill that sparked recent controversy and led to his termination as a political commentator at CNN. While critics claim Professor Hill’s speech implied a desire for the complete and total destruction of the State of Israel, Margulies argues that focusing on one line in a much longer speech is insufficient to glean the true meaning behind Hill’s message.

In the wake of the tragedy in Pittsburg, which in some ways mirrors the 2015 terrorist attacks in Paris, Cornell law professor Joseph Margulies draws upon his experience representing Abu Zubaydah—the first person held in the CIA "enhanced interrogation program"—to provide an answer the question of how one can represent someone so many people hate. Margulies argues that the advocate’s highest calling is to insist upon humanity even when society is most determined to deny it.

Cornell law professor Joseph Margulies argues that the current approach to community well-being will not save the American city. Rather, Margulies points out that communities must remove wealth from individual ownership and place it in the shared hands of the community.

Cornell law professor Joseph Margulies explains how the recent anonymous op-ed published in The New York Times underscores the fundamental continuity between the Obama and Trump administrations on issues of national security. As Margulies observes, our approach to national security in the post-9/11 world has achieved hegemonic status, but we should hope that some future president might not share the same hegemonic view of transnational terror and instead may try to set national security on a different course.

Cornell law professor Joseph Margulies describes the ways in which the United States has changed (and remained the same) in its approaches to national security, from President George W. Bush to President Barack Obama to President Donald Trump. Margulies refers to a column he wrote in January 2017 predicting the trajectory of national security under President Trump and points out that many of his predictions have come to pass.

Cornell University law professor Joseph Margulies relates the story of one young man whose early life experiences and mistakes landed him in prison but who, after excelling in the Cornell Prison Education Program—a program in which Cornell professors teach university classes to prisoners—was released on parole after his first parole hearing and now attends Cornell University as a student. Margulies explains that this young man—Darnell Epps—may be exceptional, but he is not unique in being a person incarcerated at an early age who can redeem himself and contribute great things to our society.

Cornell University law professor Joe Margulies comments on the confirmation hearing of Gina Haspel for director of the Central Intelligence Agency. Margulies initially expressed reservations about Haspel, but he explains her strengths and weaknesses and draws the important distinction between someone who is good for the Agency and someone who is good for the country.

Cornell University law professor Joseph Margulies describes some of the positive and negative consequences for whichever city Amazon decides will be home to its second headquarters. Margulies looks specifically at Olneyville—a low-income, predominately Latino neighborhood on the west side of Providence, Rhode Island, and concludes that on balance, the benefits of Amazon choosing Boston for its second headquarters could outweigh the risks to communities like Olneyville. Margulies calls upon Providence and indeed all cities to make firm, non-negotiable, legally binding commitments to protect and preserve affordable housing and to make sure that the benefits flow equitably to all residents.

Cornell University law professor Joseph Margulies expands upon a prior column in which he argued that all of President Donald Trump’s attacks thus far on Special Counsel Mueller are not actually a threat to the rule of law. Margulies considers two other scenarios: delegating the task of firing the special counsel, which Margulies argues does threaten the rule of law, and pardoning those convicted by the special counsel, which he argues does not.

Cornell University law professor Joseph Margulies describes how President Donald Trump’s rhetoric on criminal justice has not actually impacted (positively or negatively) the state of criminal justice reform across the country. Margulies describes the modest progress but cautions that the most significant shifts may be taking place at a level that is not yet detectable.

Cornell University law professor Joseph Margulies explains why we should withhold judgment about President Donald Trump’s nominee to head the CIA, Gina Haspel. Margulies points out that, notwithstanding what we do know about Haspel’s role in facilitating torture at CIA black sites, there is much information we still do not yet know that could inform our assessment of her. He calls upon both the Left and the Right to reduce knee-jerk reactions and instead seek to make careful assessments based on complete information and facts.