Tenth Circuit Holds That Contract Formation Issues Are for the Court, Not the Arbitrator, Notwithstanding an Express Delegation Clause
By Samuel Estreicher 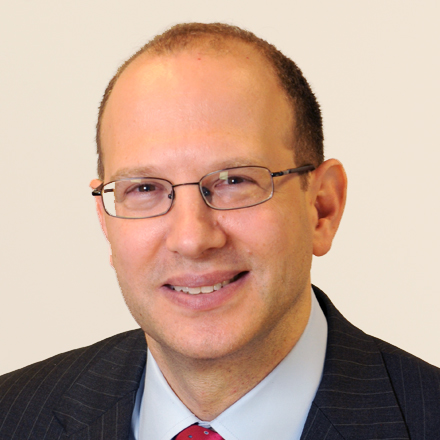 Rodger D. Citron is the Associate Dean for Academic Development and a Professor of Law at Touro Law Center. From 2014 until mid-2018, he served as the Academic Dean at Touro Law. Professor Citron is a graduate of Yale College, Phi Beta Kappa and summa cum laude, and Yale Law School, where he was a senior editor of the Yale Law Journal. After law school, Professor Citron clerked for the Hon. Thomas N. O'Neill, Jr., of the U.S. District Court for the Eastern District of Pennsylvania. Before becoming a law professor, he worked as a trial attorney at the United States Department of Justice; a director at FindLaw, Inc.; and an attorney-advisor at the Federal Communications Commission. Professor Citron's articles have been published in a number of law reviews and also on Slate and SCOTUSblog and in The National Law Journal and The Hartford Courant.

Laura Dooley and Rodger D. Citron—both law professors at Touro College, Jacob D. Fuchsberg Law Center—comment on two consolidated cases pending before the U.S. Supreme Court that present questions of the exercise of personal jurisdiction. Dooley and Citron summarize the facts and procedural history of each case, analyze the issues raised by the defendant, and consider how the recent death of Justice Ruth Bader Ginsburg might affect the Court’s decision.

In recognition of the 50-year anniversary of the publication of Charles Reich’s “The Greening of America,” Touro law professor Rodger D. Citron explains what Reich actually said in “The Greening,” explains why it generated such a strong response, and reflects on what the piece has to say about the fractures of our current moment. Citron cautions that the promise of a new consciousness is as alluring—and may be as illusory—as it was when Reich wrote the article and book, 50 years ago.

Touro law professor Rodger D. Citron analyzes the oral arguments in the cases before the U.S. Supreme Court regarding demands for President Trump’s financial records. Citron explains why it seems likely that the Court will reverse the lower courts’ decisions refusing to quash the House committee subpoenas and offers a number of observations based on his review of the transcript.

Touro law professors Jeffrey B. Morris and Rodger D. Citron conduct a profile of John J. Gleeson, the lawyer and former judge who has been appointed as a “friend of the court” to advise the federal district court on a matter where the U.S. Department of Justice is seeking dismissal of the case against former national security advisor Michael Flynn. Morris and Citron describe Gleeson’s background both on and off the bench and predict that, if given the opportunity to fulfill his role, Gleeson will certainly be fair and proper in determining the proper way to deal with Michael Flynn’s case.

Associate Dean for Research & Scholarship and Professor of Law at Touro Law Rodger D. Citron comments on three cases coming up for oral argument before the U.S. Supreme Court. Citron observes that if the other eight justices vote along ideological lines, Chief Justice John Roberts will cast the deciding vote in those pivotal cases.

Rodger Citron, Associate Dean for Research & Scholarship and Professor of Law at Touro Law, comments on a case in which the U.S. Supreme Court will hear argument this week that presents the question whether an independent agency with a single director who can be removed only “for cause” violates the separation of powers principle enshrined in the Constitution. Citron notes that the decision to hear the case is unusual in that there is no conflict among the federal appeals courts, but he points out that that the government’s support of the cert. petition and then-Judge Brett Kavanaugh’s dissent on the issue when it came before the D.C. Circuit likely helped the present case come before the Court.

Rodger D. Citron, the Associate Dean for Research and Scholarship and a Professor of Law at Touro College, Jacob D. Fuchsberg Law Center, comments on the late Justice John Paul Stevens’s last book, The Making of a Justice: Reflections on My First 94 Years. Citron laments that, in his view, the memoir is too long yet does not say enough, but he lauds the justice for his outstanding service on the Supreme Court.

In recognition of the bicentennial of Herman Melville’s birth, Touro Law Center professor Rodger Citron discusses the continuing relevance of Melville’s Billy Budd. Citron provides a brief summary of the novel, considers a few conflicting interpretations of it, and explains why it is relevant for legal professionals even today.

Sixty-five years after the deaths of Julius and Ethel Rosenberg, Touro Law Center professor Rodger Citron reviews Howard Blum’s In the Enemy’s House: The Secret Saga of the FBI Agent and the Code Breaker Who Caught the Russian Spies (HarperCollins 2018). Citron describes how Blum’s telling of the story adds to the story of the Rosenbergs by focusing on Bob Lamphere and Meredith Gardner—two men who pursued Soviet spies for years—and explains how the story of the Rosenbergs has continued relevance today.

Touro Law professor Rodger D. Citron comments on a less-discussed aspect of retiring Justice Anthony Kennedy’s jurisprudence: civil procedure. As Citron explains, Justice Kennedy did not author many civil procedure opinions, but the ones he did write were decidedly pro-business—limiting access to courts, capping punitive damages, and restricting personal jurisdiction in a personal injury context.

Guest columnist Rodger Citron, associate dean for academic affairs and professor of law at Touro Law Center, offers an insightful review of “Ethel Sings: The Unsung Song of Ethel Rosenberg.” Citron explains the history of Julius and Ethel Rosenberg and offers his perspective on the strengths and shortcomings of the recent Off-Broadway show.

Guest columnist and Touro Law Center professor Rodger Citron comments on the litigation in New York over a rule prohibiting food-service establishments from serving sugary drinks in sizes larger than sixteen ounces. Citron describes the arguments put forth by each side and explains why the critical issue is whether the Board of Health's has the authority to promulgate such a rule.

Justia guest columnist and Touro Law Center professor Rodger Citron comments on one of the two personal jurisdiction issues that have come before the Supreme Court. Here, in Walden v. Fiore, the Court addresses what is called specific jurisdiction. Citron notes that Justice Ruth Bader Ginsburg may well take a strong role in the case, in light of her special civil procedure expertise.

Justia guest columnist and Touro Law Center professor Rodger Citron comments on the historic case of Leo Frank, who was convicted of the murder of a woman who worked at the factory he managed, and ultimately lynched by an angry mob, but might well have been innocent. Citron focuses on the case's legal significance as this year marks the 100th anniversary of Frank's conviction, noting two key lessons that we can take from it.

Justia guest columnist and Touro Law Center professor Rodger Citron analyzes the Supreme Court's decision in the Kiobel case, which concerned the scope of the Alien Tort Statute (“ATS”), a federal statute relied upon by lawyers asserting claims of human rights violations. In particular, Citron focuses on how Kiobel fully illustrates the judicial philosophy of Chief Justice Roberts. In addition, he offers seven different ways of looking at the decision.

Rodger Citron, a professor of Law at Touro Law Center in Central Islip, New York, comments on an upcoming Supreme Court case regarding “arising under” jurisdiction, a phrase that the Constitution and a number of federal statutes employ to authorize a party to assert a claim based upon federal law in federal court—and also, in limited circumstances, when a claim is based upon state law but cannot be decided without determining an issue of federal law. Citron discusses not only the concept of “arising under” jurisdiction, but also the Court's recent oral argument involving that concept.

Justia guest columnist and law professor at Touro Law Center in Central Islip, New York, Rodger Citron reviews Errol Morris’s book on one of the most infamous murders in American history, in which Army doctor Jeffrey MacDonald was convicted of the 1970 killing of his wife and two daughters. MacDonald, however, has consistently maintained that not he, but four intruders, committed the murders, and has pointed to the stab wound he incurred, which punctured his lung, as evidence of his claim. MacDonald is still in prison, but should he be? Citron considers the evidence.

Justia guest columnist and Touro Law Center professor Rodger Citron comments on the recent Supreme Court argument in an important case centering on the Alien Tort Statute (ATS). As Citron explains, the ATS, enacted by the first Congress in 1789, authorizes federal courts to hear “any civil action by an alien for a tort only, committed in violation of the laws of nations or a treaty of the United States.” But can the ATS be applied to conduct based outside the U.S.? As Citron explains, that is the issue that the conservative Justices brought up at oral argument. Citron predicts, however, that in the end the Court will not limit the ATS’s reach to conduct that occurs within the United States, but that the Court will affirm the lower court’s dismissal of the plaintiffs’ case.

Justia guest columnist and Touro law professor Rodger Citron comments on former NPR reporter Snigda Prakash’s recent book on the Vioxx litigation and, especially, the Vioxx trial. The litigation, as Citron explains, followed manufacturer Merck’s withdrawal of Vioxx from the market in the face of evidence that those who took the drug faced an increased risk of heart attacks and strokes. Citron praises Prakash for making good use of her access to the plaintiffs’ legal team, and offering a vivid, compelling portrait of the trial, but notes that when she admittedly takes sides—beginning to root for the plaintiffs—her journalistic objectivity predictably suffers to some extent. In addition, Citron notes that he would have liked to hear more, in Prakash’s book, about the comprehensive settlement that will be the Vioxx dispute’s lasting legacy.