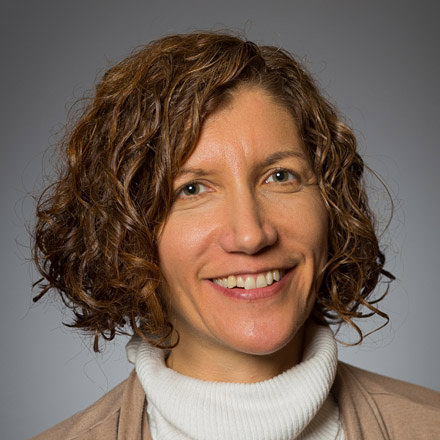 Cornell law professor Sherry F. Colb argues that some people's belief in the trivial nature of sexual assault may go hand in hand with the belief that it never happened. Colb examines the relationship between denial and devaluation in other contexts, as well as in the context of gender oppression, and finds consistency in the thinking of people who hate or otherwise persecute others.

Cornell law professor Sherry F. Colb observes that we as a society have become extremely credulous for an era of cynicism and that we as individuals have divested ourselves of critical judgment, preferring instead to defer to people who share our political ideology or qualify for special status for some other reason. Colb considers what might be driving this deference and how we can combat it. She points out that constructive disagreement is healthy and that “viewpoints are not violence, disagreement is not hatred, and no one has a patent on the truth.”

Cornell law professor Sherry F. Colb describes the evolution of the phrase “factory farming” from its original meaning of animal agriculture generally, to a much narrower (and less meaningful) definition today. Colb points out that descriptors of so-called “humane” animal agriculture practices—organic, local, sustainable, grass fed, cage free, and similar phrases—are not meaningfully better than the supposedly evil factory farming. Colb draws an analogy to the misogynist’s argument that “violent rape” is distinguishable and “worse” than other types of rape.

Cornell law professor Sherry F. Colb describes the recent trend among professors to give “trigger warnings” prior to discussing sensitive materials with students and explains why she has chosen not to provide such warnings to her students. Colb points out that there is no reliable evidence that the warnings work as advertised; rather, they might actually do more harm than good. Colb concludes that an education necessarily means encountering ideas and theories that do not sit well with what one already believes, and students should not have the right to skip days or receive warnings when professors will be talking about unwelcome facts or theories.

Cornell law professor Sherry F. Colb explains the controversy over a proposed (but failed) law in Austria that would have regulated the consumption of Kosher and Halal meat in Lower Austria, one of nine states in that country. Colb points out that the law could not have achieved its purported purpose, to promote the welfare of animals, because it would have permitted animals to be slaughtered at all. Rather, it would have required that religious Jews and Muslims register with the government—just as they were required to do under Nazi rule. Colb also observes that while the law invidiously targeted religious Jews and Muslims, no one seemed to consider that the intended targets could avoid the law altogether by becoming vegans.

Cornell law professor Sherry F. Colb considers some of the self-described pro-life feminists’ arguments against abortion rights and argues that an anti-choice position on abortion is not only not feminist, but contrary to feminism. Colb argues that a zygote—a mere collection of cells—is not a child and would have no claim to the inside of a woman’s body even if it were; thus, a full feminist would recognize these simple truths and would be pro-choice.

Cornell law professor Sherry F. Colb comments on the recent decision by the US Supreme Court in Byrd v. United States, in which the Court unanimously held that a lawful but contractually unauthorized driver of a rental car has a reasonable expectation of privacy against police searches of the car. Colb explains that the Court’s ruling is significant for more than its face value; it signals a rejection of property-linked formalism and bolsters the ability of the Fourth Amendment to keep certain types of police in check.

Cornell University law professor Sherry F. Colb comments on the outcome of a recent vote in Ireland repealing that country’s ban on nearly all abortions and explains why empathy for opposing perspectives is important on abortion and other issues, such as animal rights. An ethical vegan, Colb shares her own experience of learning to be empathic when people make untenable arguments in favor of violence toward nonhuman animals.

Cornell University law professor Sherry F. Colb explores the reasons behind some people’s refusal to refer to trans men as men and trans women as women. Colb describes some of the concrete harms caused by such refusal, such as policies sending trans women to prisons for the wrong gender—a policy Colb argues violates the Eighth Amendment under the Supreme Court’s jurisprudence.

Cornell University law professor Sherry F. Colb examines two (real, but slightly altered) conversations in order to explore the thoughts and feelings that might affect the weight we give to principles that support our positions, while disregarding the same principles when they run contrary to our positions. Colb describes the interrelatedness of conversations that arise regarding rape, racism, and free speech, specifically in the context of college fraternities, but applicable to many other situations.

Cornell University law professor Sherry F. Colb explains why Atlantic writer Kevin Williamson’s call for hanging (or otherwise executing) women who abort reveals misogynist thinking at work. Colb describes how sexism differs from misogyny and points out why the latter is worse than the former.

Cornell University law professor Sherry F. Colb analyzes some of the assumptions implicit in a fur ban, as San Francisco recently implemented, including the view that fur is a luxury while leather is a necessity and the view that wild animals have a right to live while farm animals do not. Colb explains why these distinctions are nonsensical and calls upon proponents of the fur ban to let people know that there is plenty of vegan food in San Francisco and elsewhere, and that no one needs to spend another moment participating in cruelty to animals.

Cornell University law professor Sherry F. Colb comments on the recent incident involving a French bulldog puppy dying in-flight when the flight attendant allegedly insisted that the carrier containing the dog be put in the overhead bin. Colb provides one possible explanation for the incident in terms of human behavior as observed in the famous Milgram experiment, in which subjects obeyed directions from an authority figure to administer increasingly strong electric shocks to another person despite experiencing moral distress at doing so.

Cornell University law professor Sherry F. Colb considers four ways in which human rights successes might seem to impede the progress of animal rights (and vice versa) and explains why none of these four ways stands up to critical analysis. Colb concludes that a commitment to human rights is perfectly consistent with an embrace of animal rights and that rather than being in conflict, to support one without the other is incoherent.

Cornell University law professor Sherry F. Colb explains how denial and devaluation have been used as weapons against African Americans and against women. Colb defines both of these terms and describes how they have been used to disbelieve stories of police brutality and rape.

Cornell University law professor Sherry F. Colb comments on the case before the US Supreme Court, McCoy v. Louisiana, in which the Court will decide whether a criminal defendant has a Sixth Amendment right to stop his attorney from announcing to a jury that his client killed the victims for whose murder he is standing trial. Colb considers the argument that the lawyer's behavior constituted deficient performance counsel and argues that in that case, the defendant's conviction should be reversed and remanded for a new trial.

Cornell University law professor Sherry F. Colb compares the requirement that police officers advise suspects in custody of their Miranda rights with the proposal that we as a society adopt a "Yes means yes" requirement for sexual consent. Colb describes how many of the fears about Miranda never actually came to fruition and points out how both the strengths and weaknesses of Miranda can help us to figure out how best to design the rules defining sexual assault.

Cornell University law professor Sherry F. Colb considers a question raised, but most likely not to be decided, in a criminal procedure case currently before the US Supreme Court. That case, Collins v. Virginia addresses the automobile exception to the Fourth Amendment warrant requirement, and Colb explores some reasons for eliminating the automobile exception altogether.