What the Kyle Rittenhouse Verdict Tells Us About Domestic Violence
By Sherry F. Colb

A Tale of Two Juries
By Jeffrey Abramson 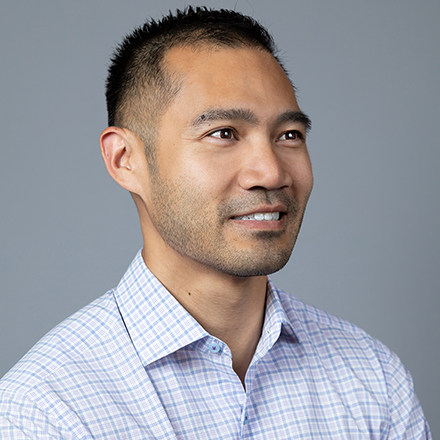 David S. Kemp is the managing editor of Verdict and of The Oyez Project. He is a part-time lecturer at Rutgers Law School and former professor of legal writing at UC Berkeley School of Law. He received his BA in Psychology from Rice University and his JD from Berkeley Law.

During law school, Kemp served as Senior Executive Editor of the California Law Review, and co-Editor-in-Chief of the Berkeley Journal of African-American Law & Policy.

Justia columnist and attorney David Kemp discusses a judge’s recent ruling that permitted the Federal Trade Commission to issue service of process on foreign defendants via email and Facebook. Kemp summarizes the facts of the case and the judge’s reasoning and provides a brief overview of the requirements of service of process. He argues that the ruling, while ostensibly narrow, may have broader implications for the use of Facebook in serving foreign defendants.

Justia columnist and attorney David Kemp discusses a story that illustrates the need for every individual to clearly express his or her instructions for end-of-life care. He first considers why this particular story captured national audiences and then discusses what people should take away from the story. He argues that everyone should have an advance medical directive or similar document to guide friends and loved ones as to end-of-life wishes.

Justia columnist and attorney David Kemp discusses the disparity between legal education and the legal profession. He describes the strengths and shortcomings of a legal education as provided by many law schools today. He then contrasts what law school provides with what is actually demanded of attorneys, finding that there is a sharp discontinuity between the two. He argues that while some measures have been undertaken to fix the problem, such as revised curricula and state certification of limited-license legal technicians, no solution can be adequate without also considering the career advice that students receive prior to deciding on a legal career and applying to law school.

Justia columnist and attorney David Kemp discusses the moral dilemma presented when a health provider’s duty conflicts with his or her conscience. To illustrate this dilemma, he uses the example of a Jehovah’s Witness physician faced with a patient who needs a life-sustaining blood transfusion. Kemp notes that conflicts between conscience and duty arise in other settings, such as the case of conscientious objectors to military conscription. Kemp concludes that the ideal solution is for the institution and the individual to take steps to prevent these types of conflicts from occurring at all.

Justia columnist and attorney David Kemp considers the ethics around health care providers going on strike. Invoking various philosophical viewpoints relating to the matter, Kemp notes that while the unjust treatment of any group of employees is intolerable, there is a unique set of factors present when discussing the labor conditions of health care providers. Kemp points out that both the patient and the individual employee are impacted by unjust or unfair working conditions, but argues that because the health-care provider’s first duty is to care for the patient, the strike may not be an ideal negotiation device. Kemp concludes that although there are strong arguments on both sides, the risk of harm to patients ultimately outweighs the need for health-care workers to strike in a majority of circumstances.

Justia columnist and attorney David Kemp comments on the controversial topic of physician-assisted suicide (“PAS”), which is legal in only three states: Washington, Oregon, and Montana. Kemp provides a history of PAS; explains the distinctions between PAS and other end-of-life decisions such as palliative care and the choice to withdraw life-sustaining treatments; and comments on the question whether PAS merits criminal liability.

Justia columnist and attorney David Kemp comments on the legal and ethical issues raised by self-driving cars and surgical robots. He describes current tort (including personal injury) and products liability law, and discusses why these bodies of law may fall short in addressing these technological innovations. Kemp introduces several hypotheticals to illustrate both the legal and ethical issues presented. In addition, he suggests that we should establish dynamic legal and ethical frameworks to keep up with new technologies, and encourages the law—and ethics—to begin to focus not on parties’ individual liability, but rather on the entire system of persons, machines, institutions, and governments that are relevant to a given instance in which something has gone wrong, and injury has occurred.

For Election Day, 2012, we have put together several resources to help our readers cast an informed vote. Use these resources as a guide for where to vote and what to take with you. Happy Voting!

Justia columnist and attorney David Kemp comments on the now-notorious false tweets regarding Hurricane Sandy sent by Shashank Tripathi (Tripathi is a hedge fund analyst and was previously the campaign manager for Republican Christopher Wight's Congressional campaign; he has since been fired.) While many have excoriated Tripathi's tweets as unethical, Kemp addresses the separate question whether they can be penalized consistent with the First Amendment. Thus, Kemp covers past and current Supreme Court precedents that relate to other instances of false and/or damaging speech.

Justia columnist and attorney David Kemp comments on the recent decision by the U.S. Court of Appeals for the Second Circuit striking down Section 3 of the Defense of Marriage Act (DOMA), which defines marriage, for federal purposes, as being between a man and a woman. Kemp discusses why the Second Circuit held that the Constitution’s Equal Protection Clause required the application of intermediate scrutiny. Kemp also notes that the Second Circuit was the first court facing this issue not to also analyze the issue using a lower level of scrutiny. In addition, he discusses a number of other cases decided by courts across the country, that have confronted the issue of what level of scrutiny is proper for classifications based on sexual orientation—and why such cases may well lead to eventual Supreme Court review.

Justia columnist and attorney David Kemp criticizes criminal HIV-transmission laws, arguing that the criminalization of HIV transmission succeeds only in marginalizing people with HIV; deterring sexually active persons from acting responsibly and getting tested; and in some instances, leading to violations of constitutional due process protections. Kemp notes that such laws have led to dramatic injustice, citing, as a case in point, the 25-year sentence that was imposed on a man after his one-time encounter involving protected sex. Though that particular sentence was ultimately commuted to five years of supervised probation, laws that allow strict punishments for consensual sexual contact still remain on the books. Rather than resort to invoking such laws, Kemp argues, states should focus their efforts on (1) seeing that people know their HIV status by getting tested; (2) seeing that people disclose their HIV status to their sexual partners; and (3) urging people to engage in safer behavior via publicly funded campaigns, using billboards or the like, to get the word out.

Guest columnist and Justia writer and editor David Kemp comments on a new development on Facebook: users’ ability to add the fact that they have become organ donors as a “Life Event” on their Timelines. Kemp notes that the reason for this development is to encourage organ donation after death—and that it’s been very successful in doing so. He also comments on three likely reasons why Facebook chose this particular cause, as opposed to all the other causes that it might have promoted. While applauding the feature’s benefits, Kemp also considers some risks connected to the use of Facebook in this way—including the risk that other medically-related applications may lead to the disclosure of private health information, which could potentially implicate federal privacy laws. (Already, the “Life Events” application, Kemp points out, can reveal a broken bone or weight loss.) Ultimately, Kemp raises the question whether Facebook may evolve in such a way as to provide not just social networking, but also social engineering.

Guest columnist and Justia editor David Kemp comments on a recent decision by the U.S. Court of Appeals for the Eleventh Circuit, which held that the Fourteenth Amendment of the federal Constitution protects transgender government employees from discrimination on the basis of their transgender identity, as part of its protection from discrimination based on gender. Kemp notes that the Fourteenth Amendment was implicated because the plaintiff’s employer—which fired her when she explained to her boss that she planned to transition from male to female—was a government agency. As Kemp explains, the resulting decision was a precedent both for the illegality of a firing based on gender non-conformity, and for the proposition that a firing like the plaintiff's violates the federal Constitution’s Equal Protection Clause. Kemp also discusses the Supreme Court precedent of Price Waterhouse, which established that an employer cannot legally force an employee to conform to stereotypes associated with his or her gender, and the question of what level of scrutiny courts will apply to discrimination claims arising out of transgender status.

Guest columnist and Justia editor David S. Kemp comments on a recent decision from the U.S. Court of Appeals for the Seventh Circuit, which permitted two American citizens to sue several U.S. military officials and former Secretary of Defense Donald Rumsfeld for violating their constitutional rights. In that case, the plaintiffs alleged that Rumsfeld authorized the officials to detain and torture them for several months in Iraq, and that they were subsequently released without being charged with any crime. Kemp covers the three essential questions that had to be answered before the suit could proceed; explains the nature of Bivens claims, through which a plaintiff can bring suit against federal officials (such as, here, Rumsfeld) by proceeding directly under a particular constitutional provision; and describes the two-part test federal courts use to decide whether a Bivens claim will be recognized.