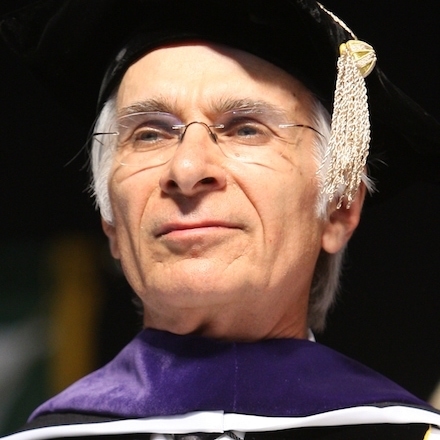 Austin Sarat is Associate Provost, Associate Dean of the Faculty and William Nelson Cromwell Professor of Jurisprudence and Political Science at Amherst College.

Professor Sarat founded both Amherst College’s Department of Law, Jurisprudence, and Social Thought and the national scholarly association, The Association for the Study of Law, Culture, and the Humanities. He is former President of that Association and has also served as President of the Law and Society Association and of the Consortium of Undergraduate Law and Justice Programs.

He is editor of the journal Law, Culture and the Humanities and of Studies in Law, Politics, and Society

Professor Sarat has received numerous prizes and awards including the Harry Kalven Award given by the Law Society Association for “distinguished research on law and society”; the Reginald Heber Smith Award given biennially to honor the best scholarship on “the subject of equal access to justice”; the James Boyd White Award, from the Association for the Study of Law, Culture, and the Humanities, given for distinguished scholarly achievement and “outstanding and innovative” contributions to the humanistic study of law; and the Hugo Adam Bedau Award, given to honor significant contributions to death penalty scholarship by the Massachusetts Coalition Against the Death Penalty.

His public writing has appeared in such places as The New Republic, The Guardian, The Boston Globe, The Cleveland Plain-Dealer, The National Law Journal, Slate, The Providence Journal, The Los Angeles Times, The American Prospect, Aljazeera America, US News, CNN, Politico, The Conversation, and The Daily Beast. He has been a commentator or guest on HuffPost Live, The Morning Briefing on Sirius Radio, All Things Considered, Morning Edition, The Rick Ungar Show, Democracy Now, ABC World News Tonight, All in with Chris Hayes, The Point with Ari Melber, and The O’Reilly Factor.

Guest columnist Austin Sarat—Associate Provost, Associate Dean of the Faculty and William Nelson Cromwell Professor of Jurisprudence and Political Science at Amherst College—points out one unusual effect of the COVID-19 pandemic: deferring the executions of death row inmates. Sarat observes that while past pandemics have not affected the rate at which states have executed inmates, last week the Texas Court of Criminal Appeals granted 60-day stays in the execution sentences of two men, and other states seem poised to follow suit.