Why Do We Continue to Use Loaded Words Even When We Know that They Have No Meaning?
By Neil H. Buchanan 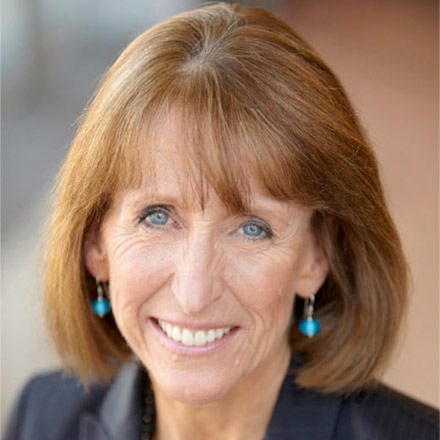 Dr. Leslie C. Griffin is the William S. Boyd Professor of Law at the University of Nevada, Las Vegas Boyd School of Law. Prof. Griffin, who teaches constitutional law and bioethics, is known for her interdisciplinary work in law and religion. She holds a Ph.D. in Religious Studies from Yale University and a J.D. from Stanford Law School. She is author of the Foundation Press casebook, Law and Religion: Cases and Materials; co-author, with Joan H. Krause, of Practicing Bioethics Law; and editor of Law and Religion: Cases in Context. She is also the author of numerous articles and book chapters about law, religion, politics and ethics. Recent articles include Pre- or Post-Mortem?, 18 Nevada Law Journal 221 (2017), and Marriage Rights and Religious Exemptions in the United States, Oxford Handbooks Online (2017).

Prof. Griffin has written numerous briefs defending employees’ civil rights. She is spending the 2018-2019 school year as a Visiting Scholar at the Institute for the Medical Humanities, at the University of Texas Medical Branch at Galveston. She is also the Director of Amicus Advocacy for CHILD USA, www.childusa.org

Before moving to UNLV, Griffin was the Larry and Joanne Doherty Chair in Legal Ethics at the University of Houston Law Center, and a professor at Santa Clara University School of Law. Prof. Griffin clerked for the Honorable Mary M. Schroeder of the U.S. Ninth Circuit Court of Appeals and was an assistant counsel in the Department of Justice's Office of Professional Responsibility, which investigates professional misconduct by federal prosecutors. Before law school, she was a professor in the Theology Department at the University of Notre Dame.

UNLV Boyd School of Law professor Leslie C. Griffin discusses the US Supreme Court’s recent decision in NIFLA v. Becerra, in which a 5–4 majority of the Court struck down a California law requiring crisis pregnancy centers to inform their pregnant patients about abortion options. Griffin explains why the majority’s decision can only be read as a strong anti-choice signal that will only grow stronger with Justice Kennedy being replaced.

UNLV Boyd School of Law professor Leslie C. Griffin comments on the US Supreme Court’s 5–4 decision in Husted v. A. Philip Randolph Institute, in which the Court upheld the legality of Ohio’s voter list maintenance procedure. Griffin explains some of the key points made in each of the four opinions and shares a deeply personal story about how she came to understand how seemingly innocuous list-maintenance laws like the one in this case disproportionately affect minorities, low-income people, the disabled, the homeless, and veterans—just as Justice Sotomayor described in her separate dissent.

Justia guest columnist, UNLV law professor, and visiting UC Irvine law professor Leslie Griffin comments on the recent controversy regarding Notre Dame, of which she is an alumna. Professor Griffin comments on Notre Dame’s arguments, which include one relating to the Catholic concept of scandal, and another that postulates that whenever Notre Dame signs the form objecting to contraception, the complaint triggers the provision of free objectionable coverage to Notre Dame’s employees in a manner contrary to its beliefs. Notre Dame also argues that by signing the objection, it facilitates contraception, and, by doing so, it will lead many to think that Notre Dame condones these services, and hence undermines its role, as a Catholic educational institution, to educate others on a matter of religious and moral significance. Griffin offers strong counterarguments, both logical and legal, to Notre Dame’s contentions.